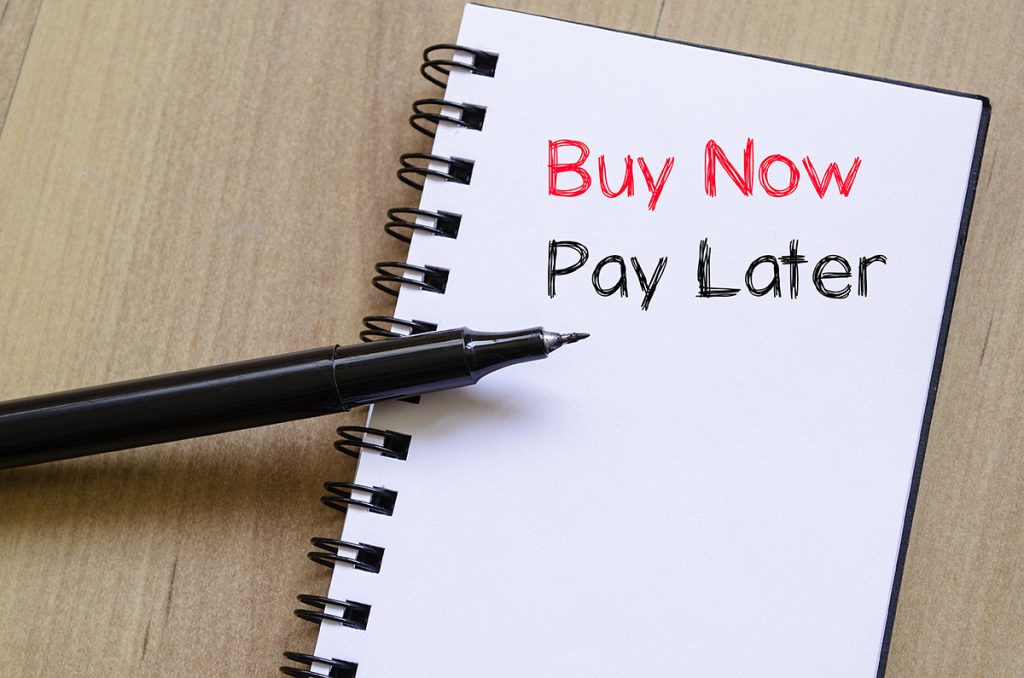 Featured in this article

Buy Now, Pay Later is an increasingly popular payment choice for customers. Buy now, pay later was originally designed for big-ticket items like computers, white goods and furniture, but its usage to fund all manner of other purchases has surged in recent years.

Personal credit is not new: in fact, credit is as old as commerce itself. Here’s a fascinating look at the early history of Buy Now, Pay Later. The modern forms of credit we are all familiar with, however – like credit cards, store cards, and Buy Now, Pay Later schemes – developed over the latter half of the 20th Century. Thanks to strong marketing, BNPL became a staple of the furniture sector. In 1996, here at Shermin, we adapted Buy Now, Pay Later for the Home Improvements market with great results.

It’s at the turn of the 21st Century, though, that Buy Now, Pay Later really flew. Now that smartphones are ubiquitous, consumers have become accustomed to having everything on demand. Consumers today expect fast delivery, optimal customer service and complete choice.

The FinTech boom following the financial crash in 2009 pushed a whole generation towards digital banking. Millennials and Gen Z no longer manage their finances in physical branches like their parents, but from their mobiles. At the same time, there has been a shift from the physical credit card to Buy Now, Pay Later online payments services.

These digital-only services revolutionised the BNPL market, making it possible to buy clothes, gadgets and even handmade crafts without paying a penny upfront. The popularity of BNPL for these little luxuries is fuelling the demand – it becomes a self-fulfilling prophecy. The rise in demand means businesses must adapt to meet customers’ expectations, or risk losing out to their competition. Whatever you sell, BNPL is a desirable payment option for your customers.

It’s that time of the year when we turn our heating back on, sometimes for the first time since spring. Lockdowns this year mean some people haven’t booked their annual boiler service and for a few, their boiler might be kaput.

Boilers are an ideal candidate for Buy Now, Pay Later. Imagine you’re left without heating/ hot water now, just as the winter starts – could you really wait while you save to get it replaced? Combi boiler prices start at around £1,000 for a small 1-2 bedroom home, but boiler types and prices vary significantly. Buy Now, Pay Later allows customers to get the working boiler they need, now.